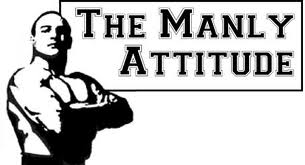 Cry-baby. Pussy. Girl. Wimp. Mama’s Boy. Tattle-Tale. Sally. These are just a few of the insults boys and men receive should they show signs of “weakness,” fear, or dependence. This has not only resulted in the extinction of the name “Sally” (not so tragic), but it’s led to a culture of men who avoid seeking help.  “Men are less likely than women to seek help from health professionals for problems as diverse as depression, substance abuse, physical disabilities and stressful life events” (Galdas, Cheater, & Marshall, 2005). Consequently, men experience a suicide rate ratio of 4:1 and a shorter life-span than women (there are other factors that contribute to this, such as higher-risk occupations, more risk-taking behaviours, and more homicides). It’s also commonly known that, although women experience higher reported rates of depression, men experience higher rates of alcoholism–likely an unsuccessful coping strategy attempting to deal with similar rates of depression in men (the 4:1 suicide ratio supports this hypothesis).

So what do seeking help with depression, a persistent cough, and locating a landmark have in common? That socially-reinforced emotion:  Shame. The same process occurs asking for directions to the nearest Popeye’s, going to a walk-in, and making an appointment with a counsellor. The same implicit societal and explicit internal messages get sent: “You’re not man enough.” “Real men do it themselves.” “Be a man.” “Man up.” “Quit your bitchin’.” “Get over it.”  Most men would rather sit in their current physical and emotional pain, frustration and uncertainty, than experience the “wrath” of their internal critic. And, as a result, well, see my opening paragraph.

Gentlemen: Welcome to 2012! The year of the Dragon, the Apocalypse, and social equality! It’s not emasculating to seek help; in fact, it’s pretty hot. I can’t speak for all women, but I find it pretty darn attractive when a guy’s confident enough in himself to recognize where he could use a hand. Being human means being imperfect, being vulnerable, and being susceptible. Asking for help doesn’t mean you’re “irrational,” it doesn’t mean you’re “weak,” and it doesn’t mean you’re “incompetent.” It means you’re responsible, proactive, and self-aware (and, if you have benefits, opportunistic!). Take a moment to check in and see what your values are around help-seeking, and what you experienced the last time you were in need. What role do media, society, parents, partners, and peers play? Is it time for an updated version?

As for you ladies out there still reading this post, I encourage you to play a part in changing this trend. Ask yourself what your thoughts are around men asking for help, where they come from, and on what they’re founded. We play a significant role in reinforcing this sociocultural phenomenon, both consciously and unconsciously (think about your reaction the last time a male partner showed signs of vulnerability, or the last Cosmo you read portraying all eligible men as mental and physical phenoms capable of fixing anything). I know what some of you are thinking: “Why should I give a damn about changing social expectations for men, when pressures on women are tenfold?” Well, because those men are your dads, partners, brothers, and sons; because this post is about men; and because we’re all in this together.

Or, you could follow the advice of this 1902 advertisement for “manly man” health, and eat candy to  cure all ailments. Right…  (but, ridiculous as this ad seems, the ones we see today aren’t too far off!)