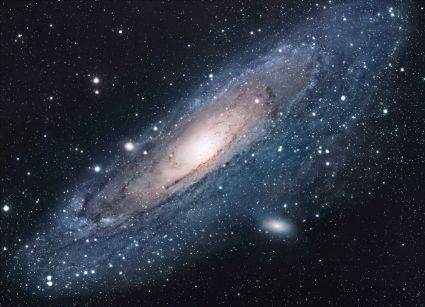 “It could be worse,” I often hear people say. “Yeah, I’m on the verge of a nervous breakdown…yeah, I can’t stop thinking about it…yeah, I feel awful, but…I mean it’s not like my house is being bombed like some people’s in the Middle East. I’m not a starving child in Africa. First World problems. I have no reason to be sad.”

We’re often told to “put things into perspective.” To think about how lucky we are to be in a Developed country; to have a roof over our head; to have access to clean drinking water. Or, as many people respond with innocently good intentions, “It could be worse.” But how often does that actually make you feel better? How often does it make you feel ashamed for feeling “sorry for yourself?” These are not meant to be leading questions… Seriously, how does it make you feel when you tell yourself that? I’ll give you a second.

So here’s the thing. Perspective can be an incredibly helpful tool, but, as I alluded to in the previous paragraph, it can also be counterproductive, and leave us feeling worse. The important point I’m trying to make here, is that perspective is protective if appropriate and effective. Yes, I meant for that to rhyme. In fact, I just rapped it, imitated a classroom of students, and a Baritone opening a show, before I wrote it down. How much cred did I just lose? Hopefully no one’s standing outside my office. So what do I mean by that? Well, if using perspective leaves you feeling calmer, more grateful, and more capable, you’re doing it right for you. But, if it leaves you feeling ashamed, guilty, or foolish, you’re probably not using it in a constructive way. The thing is, this differs for everyone, because some of us had parents who used the “starving children in Africa” line to guilt us into finishing our broccoli, while some of us had parents (or experiences) that taught us to see the “bigger picture” as a way of managing our anxiety and powerlessness in our situation. To put it more succinctly, perspective-giving that validates what you’re feeling, then helps alleviate or weaken negative feelings=good. Perspective-giving that suggests you should not be feeling what you are feeling, or that tells you you’re “pathetic” or “selfish” before leaving you feeling guilty or ashamed or pressured to “stop being sad/mad/anxious/etc.”=bad.

So what  might using perspective appropriately look like? Well, it will differ from individual to individual, but generally I find using empathy and compassion followed by a perspective-giving statement can be quite helpful. For example, “It’s understandable that you’re feeling frustrated right now, because you had insomnia last night and are functioning at about 60% today; however, isn’t it fortunate (and remarkable) that, even without sleep, you are in good enough health to still make it through the workday?” Or, “Of course you’re going to be feeling embarrassed right now, because you just sent a text meant for your friend about the guy you’re interested in to the guy you’re interested in (yes, true story), but at least it’s over text so he can’t see your horrified reaction, and this will be a great story.” Or, “It’s totally fair that you’re feeling anxious right now, because you’re in unfamiliar territory and it seems like people are counting on you to succeed; but, chances are people care much less about your success than you do, and, in the big scheme of things, it’s Div 1 Women’s soccer.“

Of course, the examples I mentioned are what Richard Carlson might call the “Small Stuff,” for which perspective-giving is easier. However, perspective-giving can be applied to debilitating losses and/or emotions as well (remember, though, only if YOU find it helpful). For example, reminding yourself of the transience of thoughts and feelings (that they will come and they will go), that whatever suffering you’re going through is part of the human condition (and that there are millions of others out there experiencing similar things), that you are but a minuscule, mortal being in a complex and chaotic universe and this is simply one series of events in your finite existence, and that you have exhibited resilience in the face of adversity before, all-the-while reminding yourself that what you are feeling is valid and normal.

So the next time you find yourself using “First World Problems” statements, try to think about if you’re using them constructively or counterproductively, and how you can add perspective to that self-compassion toolbox and build…a…sweet…life? Hmm. I’ll leave finishing up that metaphor to you.