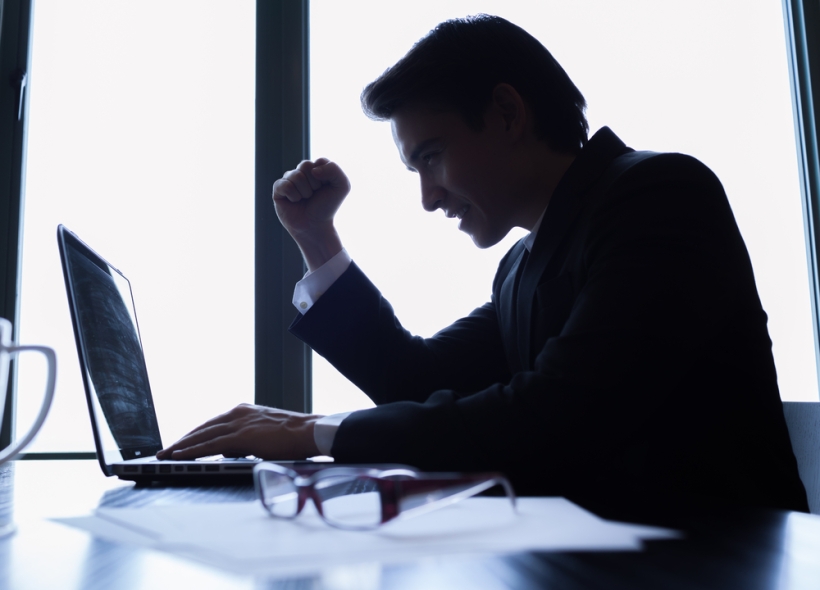 I was celebrating my roomie’s birthday last weekend, and I got on the topic of perfectionism with some peeps (I’m the most fun at parties).

After a third round of tequila shots, someone said something along the lines of, “But I need perfectionism to be successful! It’s gotten me to where I am today.”

This way of relating to life leads to “pathology”–depression, anxiety, OCD, body dysmorphia, eating disorders, procrastination, social anxiety, performance anxiety, test anxiety, insomnia, panic attacks, chronic stress, you get the idea. So oftentimes, when you’re diagnosed with one of the aforementioned, perfectionism is actually at the root of it.

Now get ready to have your mind blown: There’s a way of relating to life that’s conducive to both achievement AND happiness! A way to still be a boss, but to be free of anxiety and shame in the face of unstructured or “unproductive” time. This tactic, my friend, is called healthy striving, and it’s everything (Sidebar: I didn’t come up with this term. If I had it my way, I’d call it “Badassery,” but I have a hard enough time maintaining credibility as is).

Healthy striving is an empowering, supportive, coach-like way of self-motivating. In contrast, perfectionism is punishing, critical, and fear-based.

So are you a healthy striver or a perfectionist? Let’s find out:

1.  Healthy Strivers Find Meaning in the PROCESS of Challenge and Change; Perfectionists find it in the OUTCOME:

I like to have a bunch of projects on the go at once. My finger in many different pots. Several irons in the fire. Allllll the jazz. ADD? FOMO? Fear of commitment? Possibly. But I prefer to see it as grabbing life by the horns and opening up to experience. I (responsibly) abandon many of my pots or irons when they’re no longer serving me.

Brian also likes to have several things on the go. But it stresses him out, because his focus is on outcome and completion. A self-proclaimed “all-or-nothing” thinker, he only sees value in his projects (and feels satisfied) if he finishes them. Thus, there’s a lot of pressure to do it all. Brian is burnt the eff out.

Consider this: Neither being nor doing is inherently more serving. “Being” can breed self-awareness, insight, and emotional tolerance, or it can evoke meaninglessness and disconnection. “Doing” can result in satisfaction, connection, and meaning, or it can result in anxiety, burn-out, and unstable self-worth.

Whether you’re a perfectionist or a healthy-striver depends on where you derive meaning. Whereas perfectionists are outcome-focused (i.e. Everything will be good when I get the promotion, lose the weight, meet “The One”), healthy strivers aren’t looking to the goal as a solution on their path. They enjoy the process of creating/building/learning/feeling challenged. They’re well aware if and when they complete whatever they’re working on, the heavens won’t open up. Perfectionists, on the other hand, achieve their goal and experience fleeting satisfaction. They then set another goal, with the subconscious belief that achieving this one will bring them peace.

Whereas a hallmark of perfectionism is a critical inner voice, healthy strivers treat themselves as a coach or friend might. They absolutely have expectations. They absolutely desire growth. They absolutely acknowledge their mistakes and commit to not making the same ones again.

But when they disappoint themselves or are feeling difficult feelings, they don’t tear themselves apart. They practice self-empathy, self-kindness, and self-compassion. They give themselves permission to be a human being, look at what they can learn from the experience, and see themselves as a whole person rather than as their “failure.”

Let’s take the example of doing something new. In front of an audience. Terrifying, right? Anxiety-bomb, right? Because they don’t relate to themselves in a supportive, understanding way, perfectionists don’t have the tools to mitigate this anxiety and do the scary thing. So they avoid. No new things. And thus, no improvement. Stay in the comfort zone, bra. Alternatively, healthy strivers give themselves permission to feel difficult feelings and coach themselves through the discomfort (using self-compassion).

4. Healthy Strivers Adjust Their (Realistically High) Expectations Based on the Context: Perfectionists ‘Gram “NO EXCUSES!”

A defining quality of perfectionism is inflexible, often unrealistically high self-imposed expectations. It doesn’t matter what’s going on in your life. You’re a fucking robot expert unicorn. Git ‘er done. No excuses. Then of course, life happens. We’re actually humans, not robot expert unicorns, so we inevitably fall short of those expectations (Or we avoid any situation where we don’t feel guaranteed to succeed as exemplified in the previous point).

Healthy strivers totes have high expectations, but they’re realistic. If they’re doing something they’re new at, they acknowledge there’s a learning curve and make space for fumbling. And they adjust based on the context. Sick? Hungover? Heartbroken? Sleep-deprived? PMSing? Grieving? Instead of expecting the regular 80% functionality they expect from themselves (notice they don’t never 100%…), they lower it.

Think of your computer when you have a zillion programs running and 30 tabs open (my computer all the time). It’s obviously not as efficient as when you’re running one program and have zero tabs open. Comparatively, when your energy or focus is sapped for whatever physical or emotional reason, expecting to perform as though you’re not affected is just going to lead to frustration, disappointment, and shame.

5. Healthy Strivers See Mistakes and “Failure” As Part of the Journey–As Opportunities–and Find the Silver Lining; Perfectionists Ruminate Over or Suppress Failures, & Shame the Sh*t out of Themselves

Whereas perfectionists do whatever they can to avoid failure, and globalize behavioral failure to their overall person (thus inducing shame), healthy strivers understand mistakes and failure are part of the journey. With some processing and self-talk, they see said failures as opportunities–inevitable diversions on their path that are actually leading them to something more serving. They certainly don’t go into an evaluative situation in the hopes that they won’t meet expectations, but they know it’s all good if they don’t.

6. Healthy Strivers’ Confidence Fluctuates, But Their Self-Worth is Relatively Stable; Perfectionists’ Self-Worth (and Mood) Fluctuates Based on Performance

In contrast, self-worth–our perception of our worth as a human being–remains fairly stable (ideally). As in, regardless of productivity or success, we’re all worthy of love, opportunity, and happiness. Think about how when your friends lose their jobs or gain 10lbs and you don’t value them any less. But with perfectionism, we base our self-worth on performance, which leads to a roller coaster of feeling either “good enough” or feeling worthless. Learning healthy striving gets us off the roller coaster, which is really freaking liberating. I don’t care how much of an amusement park junkie you are…nobody wants to ride a roller coaster #4lyfe.

If you identify as a healthy high achiever/healthy striver, awesome. Keep it up. If you identify as a perfectionist, don’t fret. Wherever you are is exactly where you should be. Hopefully in reading this you can see that there’s a healthier way of achieving your goals, and are feeling motivated to make a shift. And remember you’ll procrastinate less, bounce back faster, be more productive, and be a helluva lot happier if you do. We’re all in this together, fumbling our way toward a more fulfilling existence. Go team.

3 thoughts on “6 Differences Between Healthy High Achievers and Perfectionists–Which Are You?”